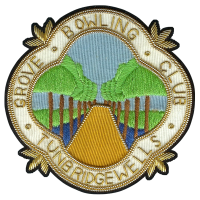 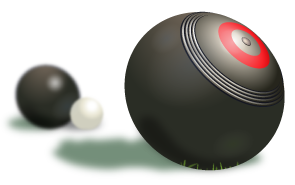 The aim of the game?

The aim is simple enough, get your bowl as close as possible to the jack. Bear in mind the bowls do not travel in a straight line and the challenge becomes harder. Bowls can be played in singles, pairs, triples and four player teams. The green is divided into rinks and a rink is 34 – 40m long.

The first bowler, known as the lead, rolls the jack to the other end of the rink. It must travel at least 23m and when it stops it is centred on the rink. The players then take turns to bowl. Each player has four bowls per end when playing in singles and pairs competitions, three in triples, and two in fours. The team captain, or ‘skipper’, is the last to bowl and is instrumental in directing the team’s shots and tactics.

How bowls is scored

The bowls are not quite round, shaved on one side which gives them a bias. As the bowl slows, it begins to roll in the direction of the bias. Bowlers change the side of the bias, depending on the direction in which they want the bowl to curve. The challenge of all shots is to be able to adjust line and length accordingly. The faster the delivery, the smaller the curve.

Draw shot: This allows the bowler to roll the bowl to a specific location without disturbing the other bowls too much. For a right-handed bowler, ‘forehand draw’ is initially aimed to the right of the jack, and curves in to the left. The same bowler can deliver a ‘backhand draw’ by turning the bowl over in the hand and curving it the opposite way, from left to right. In both cases, the bowl is usually rolled as close to the jack as possible.

The drive: Involves bowling with considerable force with the aim of knocking either the jack or a specific bowl out of play. Because the bowl is travelling fast there is very little curve on this shot.

Upshot or yard on: Involves delivering the bowl with enough power to move the jack or disturb other bowls, but without killing the end.

Bowls reaching the ditch are removed from play. However, if they touch the jack before heading into the ditch they remain ‘alive’ and in play. If the jack is knocked into the ditch it remains ‘alive’ unless it is out of bounds to the side of the rink. This is called a ‘dead’ end and is replayed.

There can be a large number of bowls on the green towards the conclusion of an end – particularly in the team games – and this gives rise to some complex tactics.

For example, the team with the closest bowl will probably decide not to aim for being close to the jack. It is probably in their interest to opt for a more blocking shot by setting their bowls up to make it difficult for opponents to get their bowls in towards the jack. This area is called ‘the head’.

Or players will try to get their bowls in places where the jack might be deflected to if the opponent attempts to disturb the head. 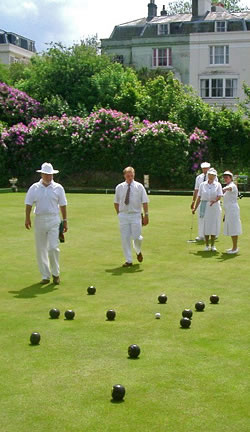